What’s On Magazine with Brian May

The May 2016 edition of What’s On Magazine features an exclusive with Brian May. 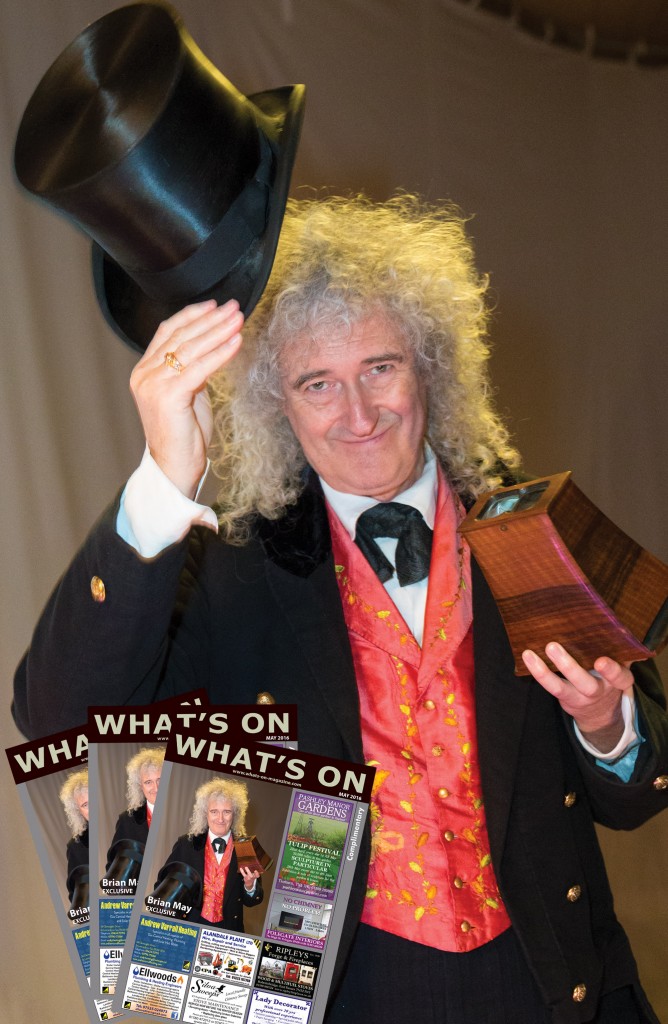 Brian is passionate about stereo photography, a Victorian fad in which two flat images
are fused in a special viewer to produce a scene in 3D.

His new book ‘Crinoline: Fashion’s Most Magnificent Disaster’, which is out now,
is accompanied by his patent 3D viewer called the OWL.

It allows readers to see the Victorian-era illustrations included in the book in another dimension.