The Fair continues at The PowderMills Hotel, Battle until Sunday 15th October 2017.
Daily 11am-6pm. Late night Friday until 8pm.
The Prestigious PURE Autumn Art Fair returns to the PowderMills Hotel, Battle, East Sussex between the 7 and 15 October and what better place to experience exceptional creativity than in a truly inspirational setting.
The PowderMills is a stunning privately owned 18th Century listed Country House nestling in 150 acres of beautiful parklands, woods and large lakes, situated just outside the historic town of Battle, adjoining the famous Battlefield of 1066.
The PURE Autumn Art Fair is a selected art fair showcasing the brightest upcoming and more established talent. Curated by Lesley Samms, it features the work of some sixty artists working across all fine art media including painting, drawing, printmaking, digital art, photography, sculpture, ceramics and glass.
For this 8th Edition PURE will be placing a key focus on ceramics, with a range of talks, events and special exhibits planned. See website for details: www.pureartsgroup.co.uk or follow on social media facebook @purecontemporary.
The PowderMills Hotel is open to non-residents for morning coffee, lunch, afternoon tea and dinner. Booking advisable at weekends. 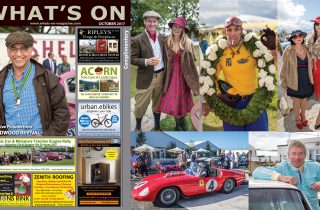 What’s On Magazine October 2017 is out now with
exclusive picture from Goodwood Revival 2017. 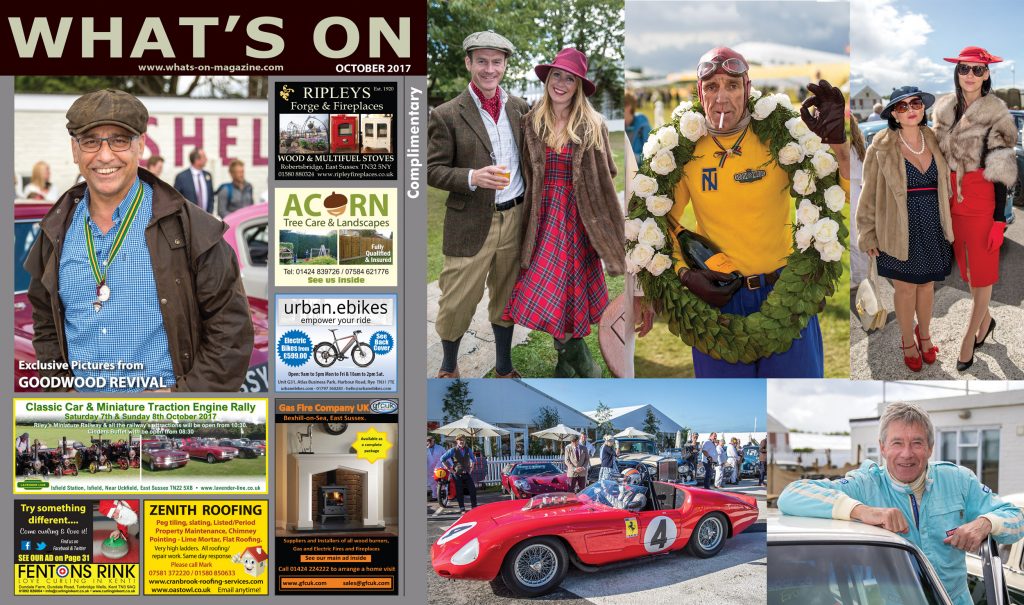 Children have taken centre stage at this year’s Goodwood Revival with a vast array of activities on offer for all ages, making the sell-out vintage event in West Sussex a popular day out for families.
Children even took part in some exciting on-track action in the Settrington Cup, in which youngsters compete in tiny pedal-powered versions of classic cars. The event is a heart-warming sight and no doubt ignites a passion for motorsport in the young.
Revival is a riot of colour, music, dancing, fashion and fun for the whole family.

Those halcyon days
The romance and glamour of motor racing as it used to be. The Revival is the only historic race meeting to be staged entirely in period dress and is a return to the halcyon days of Goodwood as the spiritual home of British motor racing.
It’s an unabashed celebration of flat-out wheel-to-wheel racing, around the sweeps and curves of this classic circuit, which remains unchanged since its heyday. The inaugural Revival opened on 18 September 1998, when the Earl of March drove around the circuit in the Bristol 400 in which his grandfather, the 9th Duke of Richmond, opened the track 50 years before. It’s now the world’s most celebrated historic motor racing event, with race fans coming from all over the country to soak up the unique atmosphere in period costume.

All the drama
Wheel-to-wheel racing is at the heart of the Revival, the track action the event’s biggest draw. Hundreds of rare and priceless cars, driven by champions past and present, compete for the most coveted trophies in historic motorsport.
Period dress is de rigeur. Ladies in their furs and frocks, gentlemen in their tweeds and trilbies all help to create the uniquely stylish atmosphere that sets the Revival apart from all other motor racing events.

Riders & Drivers
Each year we welcome the biggest names in historic motorsport, as well as many famous faces from the wider world of motorsport and celebrities involved in the St Mary’s Trophy.

Come rain or shine, we stepped back in time for another Goodwood Revival weekend to relish the antics both on and off the track which wowed the crowds.
We were treated to a jam-packed weekend of gripping head-to-head racing, with highlights including ‘60s GT cars battling through the storm in the stunning Kinrara Trophy on Friday evening, the highly competitive Settrington Cup and BTCC and Le Mans stars past and present battling in the St Mary’s Trophy at the weekend. Not forgetting our on-track tributes, including over 100 Fiat 500s taking over the track each morning and our showcase of the best vintage styles in our new Revival Emporium presented by Mastercard fashion shows.
Planning has already begun to make Goodwood Revival 2018 an even more splendid occasion. 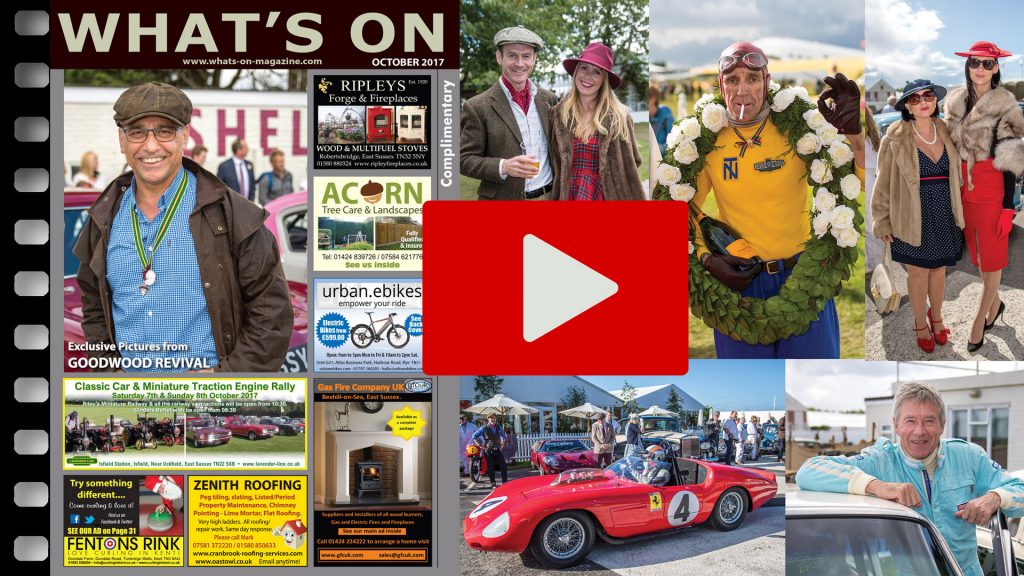 What’s On Magazine at The Serpentine Gallery Summer Party 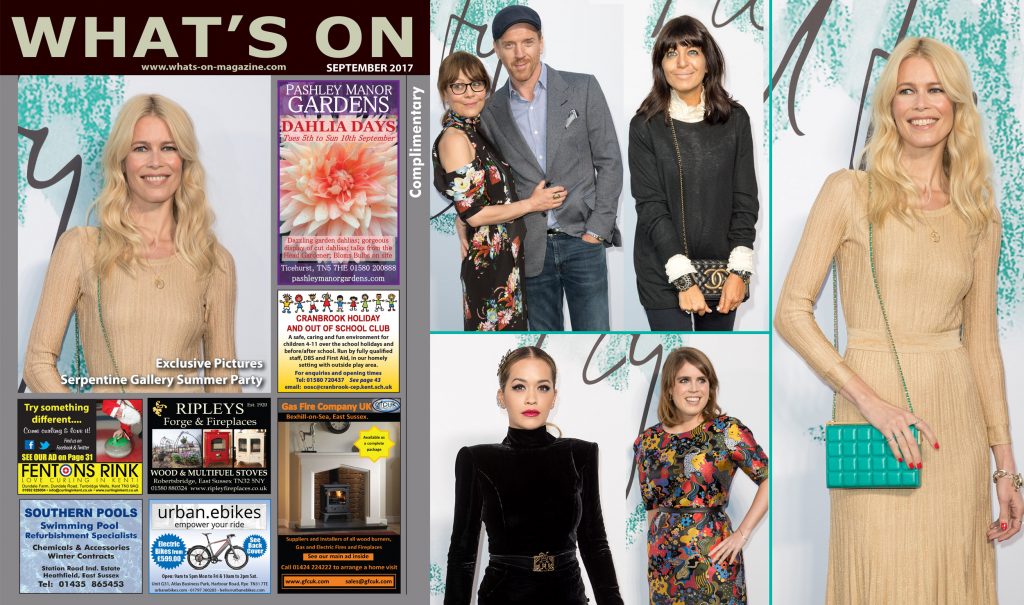 Leading figures from the worlds of international art, architecture, design, fashion, music, film and business came together to celebrate and raise funds for the Serpentine’s globally acclaimed exhibitions, architecture, education and live programmes.

Guests experienced a truly interactive party, representing the spirit of both the Serpentine Galleries and CHANEL, with visuals curated by Hans Ulrich Obrist, Yana Peel and Es Devlin. The acclaimed stage designer, who has worked previously with the Serpentine and CHANEL, created Mirror Image, a bespoke installation in collaboration with CHANEL. Devlin also collaborated with Google Arts and Culture, working with creative technologist Ross Goodwin to create POEMPORTRAIT, an interactive photo booth which combines machine learning, poetry and design. Guests were invited to donate a single word, which an algorithm turns into a poem that forms the photographic flash in the booth.

Music at The Summer Party included a live performance by Rita Ora, and DJ sets by Jamie XX, Caius Pawson, Benji B, and Seb Chew. Stage and video content was by the artist Cao Fei, while artist Athena Papadopoulos contributed a sculptural landscape across The Summer Party site, entitled Gurney 1 (2017) and Gurney ii, (2017). 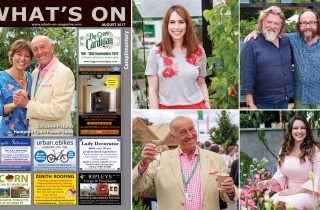 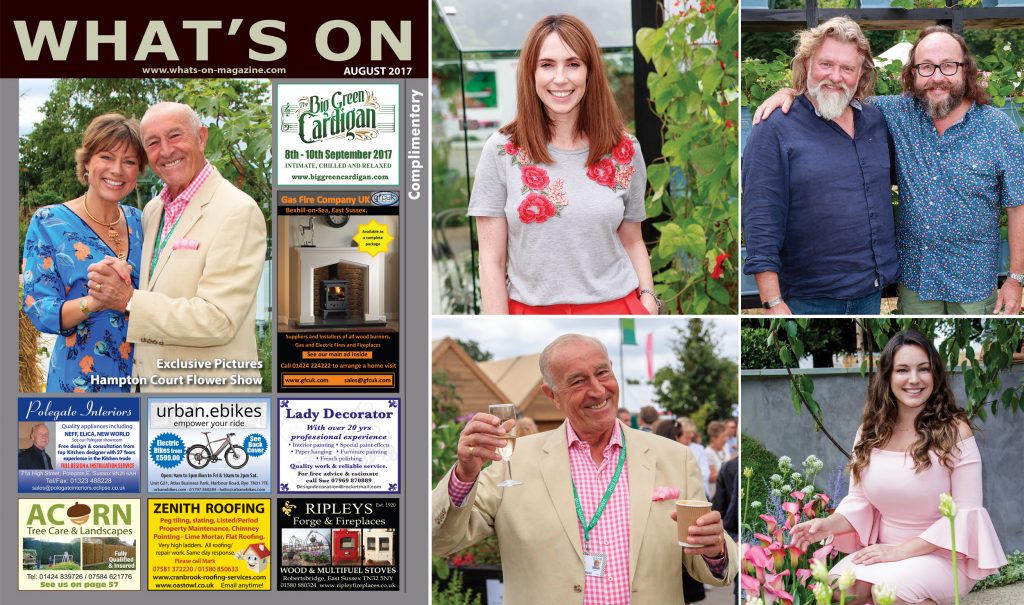 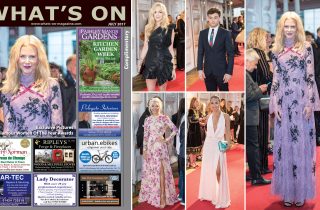 What’s On Magazine at The Women of The Year Awards

What’s On Magazine July edition features exclusive pictures from The Glamour Women Of The Year Awards sponsored by Next. 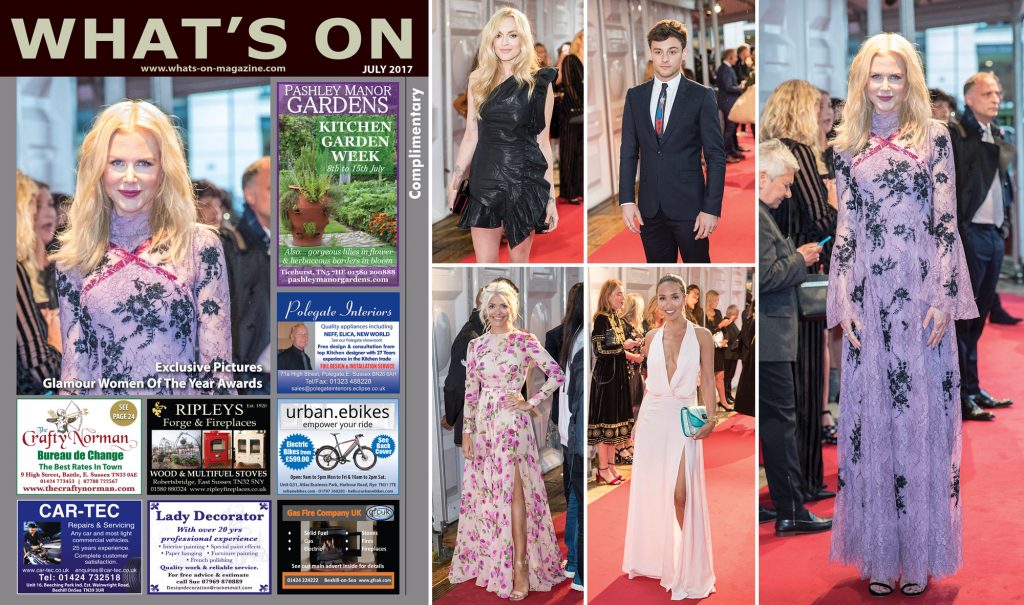 CLICK ON THE PICTURES OR HERE TO READ ONLINE 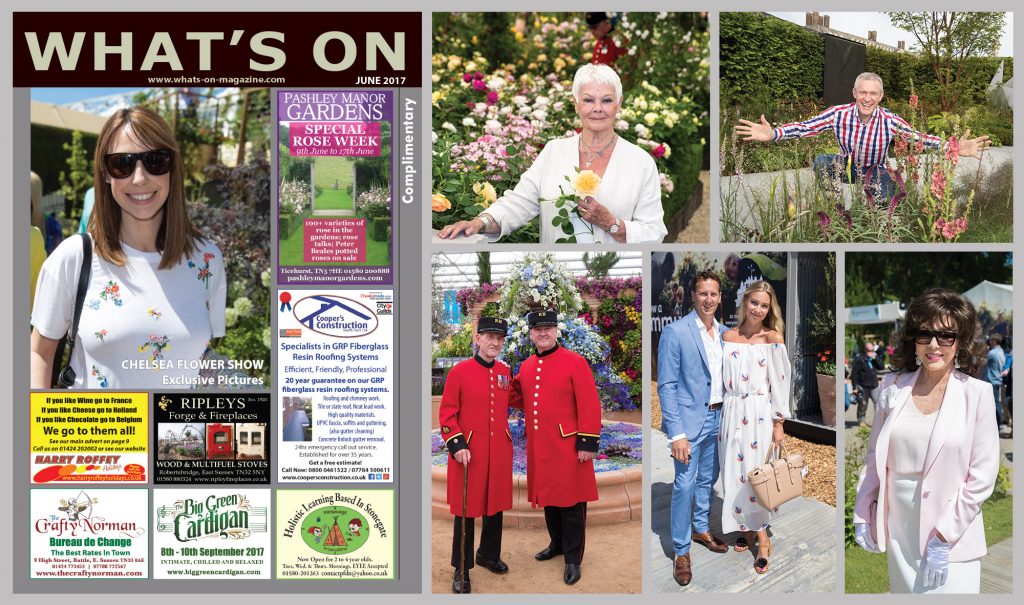